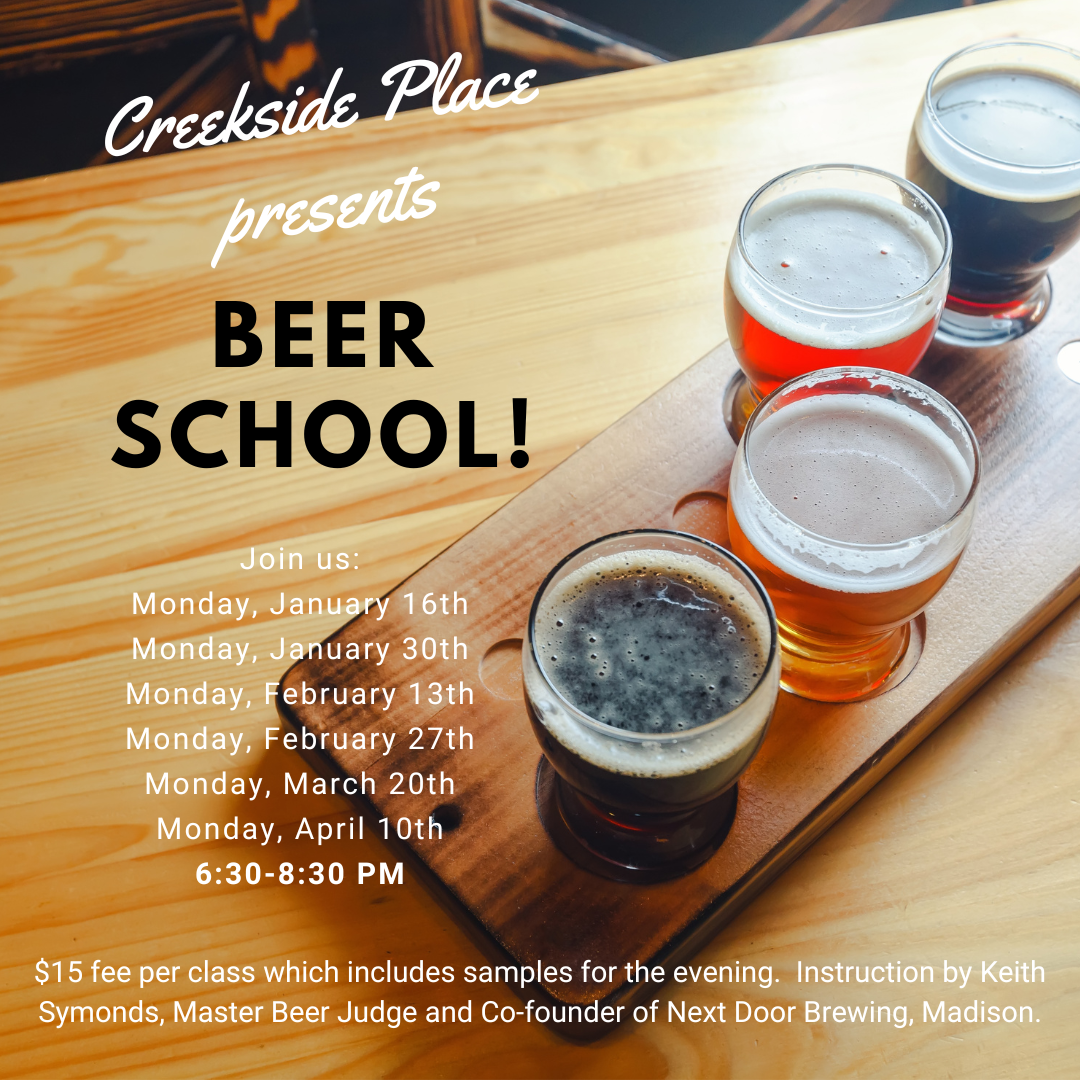 Beer School is back in 2023! Creekside Place is excited to announce that this popular class will be back in action beginning in January, with a new twist! Our former instructor, Tom Calley, has decided to retire from teaching the course and has graciously offered to pass the torch. We are so grateful to Tom and the expertise that he shared over many years!

Keith Symonds will be stepping in and has a great course outline in the works. Keith started homebrewing in 1988, and began working in commercial breweries starting in the early 1990’s. He joined the Beer Judge Certification Program in 1990 and rose to the highest level, Master, and still remains active. Keith co-founded Next Door Brewing in Madison as their brewer. He also consults on start-up breweries, working on at least 100. If that hasn’t piqued your interest, he also co-starred in over 100 episodes of a local access television show tasting and discussing 3-4 beers per 30 minute episode.

You’ll be in great hands over the 6 sessions of Beer School. Can’t make all sessions, no worries! Classes are held on a drop-in basis. Each course has a fee of $15 which includes the beer samples for the evening. Beer School will be held at Creekside Place (102 Maple Street, Evansville) from 6:30-8:30 on the following Mondays: 1/16; 1/30; 2/13; 2/27; 3/20; 4/10. If inclement weather occurs and Creekside Place is closed, sessions may be rescheduled. Questions, contact jenny@creeksideplace.org.

Cheers and see you at Beer School!